FAMOUS AND INFAMOUS  AUSSIE MISTS THAT I HAVE KNOWN.

BRONSON, the famous WHISKAS character, created a reputation for Aussie Mists to which they have continued to try to aspire ........ 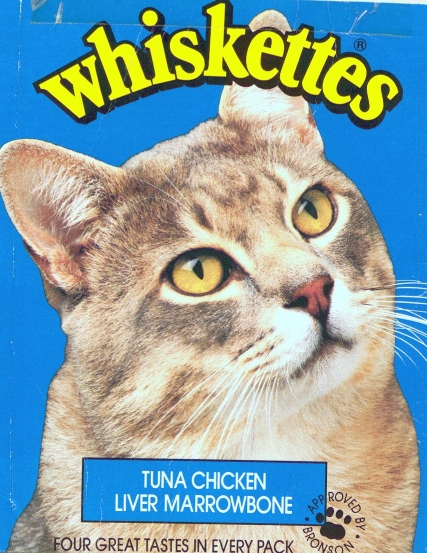 Known by his breeder as Nintu Featherbed (he was a member of a 'motor cycle' litter), his television antics are still remembered today, long after the ads have left the small screen. Indubitably one of our truly great ambassadors. 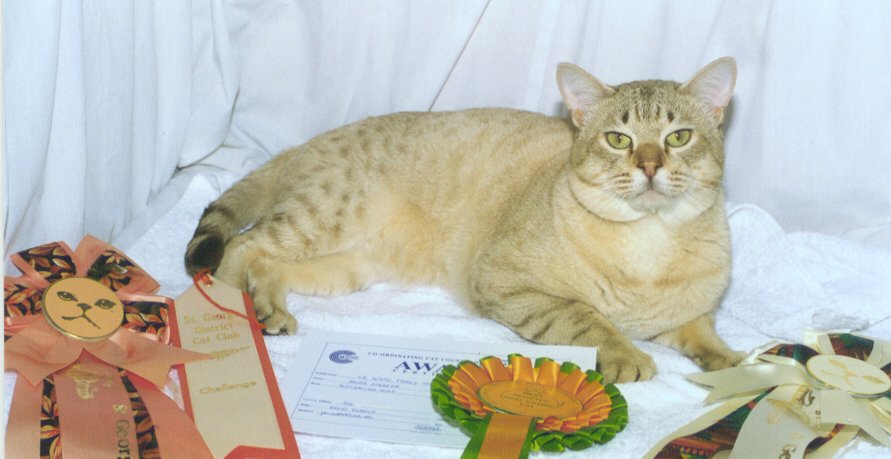 As cuddly and loving as he looks, this superb gentleman gave me the greatest thrill at the 1999 St George Cat Club Show, when he won Best Group 3 Male cat in one ring, then was selected for the top 10 out of all adults in all groups and rings - he came in seventh, defeating at least 150 other entries.
Best of all, he loved every minute of it, and wanted to cuddle each of the judges, making it very hard to display his beauty at the final presentation to the Supreme Judge.
Best Cat in one ring at the 1999 Illawarra Pedigree Cat Fancy Show
At the 2001 CCCA Show he managed another triumph - Runner Up Group 3 Exhibit in one ring ....
and long after his showing days were done, I realised that he was entitled to another title, because he had attended 3 (in fact 4) CCCA National Shows ..... so he is really
National Show Champion Gold Db Gd Ch, Gd Ch ( ACT) Nintu Family Idol 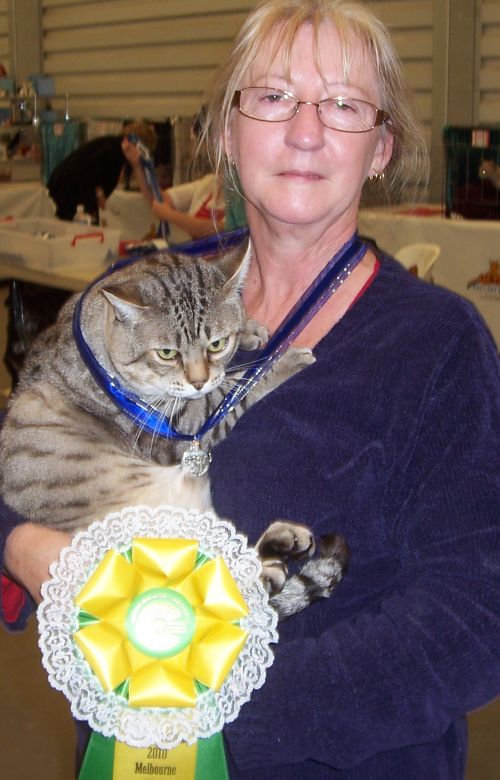 We had a party -  here are a few of the views from around the scene!